Anne Lyerly’s research addresses socially and morally complex issues in women’s health and reproductive medicine, with a focus on how women and men assign meaning to reproductive events. A central goal of her work is to inform and reframe debates based on the views of the women and men most profoundly affected by them, and to appropriately weight these individuals’ interests in shaping reproductive health care.

After finishing medical school and residency in obstetrics and gynecology, she completed the Greenwall Fellowship in Bioethics and Health Policy at Georgetown and Johns Hopkins Universities, and spent ten years on the faculty at Duke before joining the Department of Social Medicine and the Center for Bioethics at UNC. Dr. Lyerly co-founded, with Maggie Little, the Obstetrics and Gynecology Risk Research Group, which brings together experts from medical epidemiology, anthropology, obstetrics and gynecology, philosophy, bioethics, gender theory and medical humanities for research on how risk is assessed and managed in the context of pregnancy. Together with Ruth Faden and Maggie Little, she also co-founded the Second Wave Initiative, a project aimed at addressing women’s health needs during pregnancy through responsible inclusion of pregnant women (and their interests) in biomedical research, and is PI on the NIH-funded PHASES Project to advance equitable inclusion of pregnant women in HIV research and co-PI on a Wellcome Trust funded project to advance equitable inclusion of pregnant women research on Zika and other public health emergencies. She has addressed a range of topics in reproductive medicine, including stem cell research and frozen embryo disposition, miscarriage, maternal-fetal surgery, and vaginal birth after cesarean. She has recently completed a book, A Good Birth (Penguin Group/USA), reporting the findings of the Good Birth Project, aimed at describing what constitutes a “good birth” from the perspectives of birthing women themselves.

Dr. Lyerly has been supported by the National Institutes of Health, the Wellcome Trust, and the Greenwall Foundation including the Faculty Scholars Program, and her work has appeared in numerous journals, including Science, the Hastings Center Report, and The American Journal of Public Health, as well as the New York Times and Huffington Post. She was the 2007-2009 Chair of the American College of Obstetricians and Gynecologists Committee on Ethics, and Co-chair of the 2009 Program Committee for the American Society of Bioethics and Humanities. She serves on the March of Dimes National Bioethics Committee and the National Institutes of Health Advisory Committee to the Director’s Working Group on Stem Cell Research. 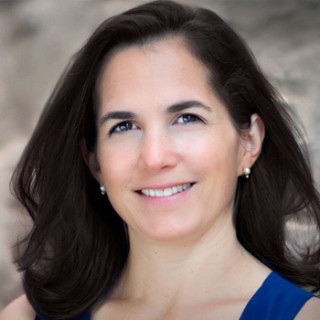