Home / Talks / Should we take the moral concerns of biobank donors seriously? 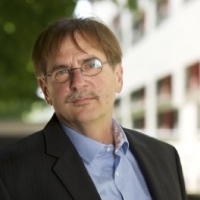 Biobanking is becoming an increasingly important component of genomic and medical research. President Obama’s Precision Medicine Initiative ― which proposes the collection of genetic and clinical data for upwards of 1 million Americans ― is just one example of this trend in medical science.  Because biobanks depend upon donations from a willing public, it is important that potential donors trust that their donations are being used to promote goals they endorse. Earlier research has shown that some Americans have significant moral concerns about the kinds of research that might be done with their donations, hence the current default model of “blanket” or “broad” consent used by biobanks ― which ignores these concerns ― may diminish willingness to donate. In an effort to better understand the extent and implications of these moral concerns, we fielded a survey examining associations between moral concerns and willingness to donate to a biobank. We found that most people do have moral concerns that significantly affect their willingness to donate to a biobank using blanket consent and that these moral concerns vary across subgroups of the population. But should we care?  After all, donors to biobanks rarely learn how their donations are used and “what you do not know cannot harm you.”

Raymond De Vries, PhD co-directs the Center for Bioethics and Social Sciences in Medicine at the University of Michigan and is a Professor in the Department of Learning Health Sciences and the Department of Obstetrics and Gynecology there. He is also visiting professor at CAPHRI School for Public Health and Primary Care, University of Maastricht, the Netherlands. He is particularly interested in the regulation of science and the production of scientific knowledge; clinical trials of genetic therapies; the export of western moral traditions to non-western societies; and the social, ethical, and policy issues associated with the medicalization of pregnancy and birth. In 2005 he published A Pleasing Birth: Midwifery and Maternity Care in the Netherlands (Temple University Press), and he is  co-editor of The View from Here: Bioethics and the Social Sciences (Blackwell, 2007) and Bioethics in the Field, a special issue of Social Science in Medicine (2013).